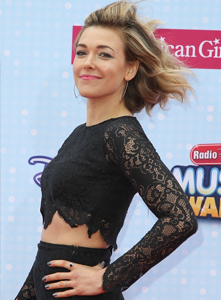 Rachel Platten was born on May 20, 1981 to Pamela and Paul Platten. She grew up in Newton Centre, Massachusetts. She studied classical piano since age 5 and took up guitar in high school. She attended Buckingham Browne and Nichols for high school where she sang in the school’s singing group. Platten graduated from Trinity College with a degree in international relations in 2003. As a part of a study abroad program, she went to Trinidad to do an internship at a diplomat’s office and at a record label. While she was there, she sang back up for a friend’s band in front of over 80,000 people at the International Soca Monarch finals in 2002. According to Platten, from that moment on she knew she had to pursue music full time.

She then moved to New York City’s Greenwich village where she cut her teeth playing with a Prince and Sly and the Family Stone cover band called Dayz of Wild. She married Kevin Lazan in 2010. She performed her solo music around the village and eventually began touring the country. She has worked with numerous charities, Musicians on Call (where she sings bedside to hospital patients) and she is an ambassador for Music Unites. She also works with the Ryan Seacrest Foundation and was an ambassador for Below the Line (a call to end world poverty).